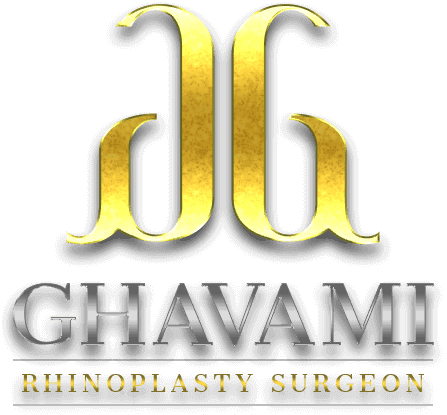 Background: While many anatomical studies have focused on defining the ligamentous attachments of the lower lid and cheek, ambiguity regarding analogous structures in the upper periorbita still exists. We hypothesize the
presence of a well-defined retaining system in the upper periorbita that mirrors the orbicularis retaining ligament (ORL) of the lower lid. Understanding the exact topography of this ligamentous system has important clinical implications in periorbital rejuvenation.

Methods: Sixteen fresh hemi-facial cadavers were dissected to examine the topography of the ORL circumferentially, from the lateral canthus to the medial canthus. Methylene blue injection studies were used to confirm the continuity/impermeability of the ligament, and its relevant diffusion boundaries. Loupe magnification and microscopic assistance was used during all dissections. Results: A continuous ORL exists along the supraorbital rim that is confluent with the inferior retaining system to encircle the entire orbit. The fusion line between the ORL and the orbital septum in the superior orbit is indistinguishable from that of the inferior orbit. Significant contributions to the lateral canthus and lateral orbital thickening are also present. Laterally the ligament is longer and more lax while medially it is short and taut. Dye injection studies confirm its role
as a true diffusion barrier for the orbit.

Conclusion: A truly circumferential ligamentous system is present in the upper periorbita that precisely mirrors the ORL of the inferior orbit. This circumferential periorbital ligament serves as a support structure for the orbicularis muscle in the upper and lower eyelids, while its impermeability provides a protective mechanism in preventing ocular complications. With the popularity of botulinum toxin and filler injection techniques, understanding the topography of this partitioning membrane may help prevent ocular complications. The length differential between the medial and lateral portions further contributes to our understanding of periorbital aging. Furthermore, this precise anatomical knowledge may benefit techniques such as: canthopexy, brow lifts, malar lifting,
and other forms of periorbital rejuvenation.

There exist several possibilities for manipulation of the orbicularis retaining ligament for periorbital rejuvenation. Despite its potential significance, there is some controversy in the literature as to the actual dimensions of this structure, specifically, as to its medial limit in both the superior and inferior orbits.

The description of the orbicularis retaining ligament is an interesting story, with suggestions of its existence being present in the literature several decades ago. To be historically accurate, Hargiss1 offered the first description of fascia from the inferior rim traveling to cheek skin in 1963, later referred to as suborbicularis fascia by Putterman in 1973.2 It was Raul Loeb who was the first to anatomically document a “septum that separates the orbital area from the nasal and cheek areas” during his technique of orbital fat transposition published in 1981.3 Without referring to it as such,
Loeb was very likely releasing the orbicularis retaining ligament to transpose fat beneath the orbit
cheek crease.

Loeb ascribed a protective role to this membrane; he felt it prevented spread of nasal infection
to the face and eyes. Pessa performed dye injection studies that supported this concept of a
protective role.4 Kikkawa et al. looked at this area from the perspective of possible superficial musculoaponeurotic system attachments to the orbit, and labeled this membrane the orbitomalar ligament in 1996.5

Muzaffar et al. are credited with applying the currently accepted nomenclature “orbicularis retaining
ligament” to this structure in 2002, in keeping with its origin from bone and insertion to muscle.6 Their study, combined with the previous anatomical treatise by Moss et al.,7 added an enormous amount of information to the understanding of this anatomy. These studies were the first to show a membrane in the superior orbit, to define its contribution to the lateral canthus as a lateral orbital thickening, and to identify its exact architecture as a bilaminar structure, the last observation having eluded all previous investigators.

Despite these studies, some anatomical questions remain. One question is whether the orbicularis
retaining ligament spans the entire circumference of the orbit as suggested by lower lid
studies,4,5 or whether it only partially encircles the orbit as shown by other authors.6,7 The exact origin
of the orbicularis retaining ligament along the orbital rim has not been mentioned, nor has its
relationship to the orbital septum and arcus marginalis been clarified. The following fresh cadaver
study was performed to address these questions.

Sixteen fresh hemifacial cadaver dissections were performed in the anatomy laboratory. None
of these specimens had sustained soft-tissue trauma or had previous facial surgery, with the
exception of lens implants. A preliminary dye injection test was performed to confirm the position
of the orbicularis retaining ligament in the superior orbit, dye diffusion having been used in the
inferior orbit in previous work.4 There were five male and three female cadavers in this study, with
an age range from 19 to 91 years. Orbital dissection was performed by leaving a rim of pretarsal
skin in the upper and lower eyelids to maintain the integrity of the lid margin.

The Zeiss operating microscope (Carl Zeiss, Oberkochen, Germany) was used for high-power
dissection of the orbicularis retaining ligament along the orbital rim and to closely confirm its
relationship to the orbital septum. Photographic documentation was achieved with the Canon digital
20D system (Canon, Tokyo, Japan) and a 50-mmmacro lens; images were scanned into Photoshop
CS2 (Adobe Systems, Inc., San Jose, Calif.).

The orbicularis retaining ligament was always noted to be distinct from the orbital septum (Fig.
2, left); the two merge onto the orbital rim at the thickening called the arcus marginalis. In the superior
orbit, two membranes were occasionally noted, in accordance with the previously described
bilaminar nature of the orbicularis retaining ligament.6

It may seem of academic interest only whether or not the orbicularis retaining ligament acts as a
partitioning membrane. However, if botulinum toxin is injected directly at the lower edge of the
infraorbital rim, the patient may develop elevator paralysis and eyelid ptosis (Fig. 3, left). If, in contrast,
botulinum toxin is injected several millimeters above the inferior edge of the rim (above the origin of the orbicularis retaining ligament), levator dysfunction is much less likely (Fig. 3, right). In this scenario, the function of the orbicularis retaining ligament as a partitioning membrane becomes important to the practicing clinician, as does knowledge of the precise origin of this ligament in reference to the edge of the supraorbital rim. Figures 4 and 5 shows this anatomy in a schematic fashion.

Several additional anatomical points are described relating to the orbicularis retaining ligament.
These anatomical details become important when one considers surgical procedures in the
periorbital region. As a functional barrier, knowledge of the precise anatomy is important when
performing injection techniques. Understanding of the role this ligament plays as a retaining structure
may lead to improved techniques in both eyelid and brow rejuvenating procedures.